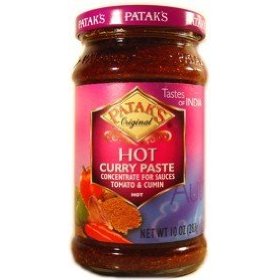 Like many with continental holiday homes, this time of year heralds MOT runs back and forth to the UK keeping villa cars legally on the road.  In our case a Brit can’t buy a car in Italy without residency and an Italian revisione (MOT) isn’t valid on a UK registered vehicle.  If your MOT expires whilst your car is abroad insurance becomes invalid and the only legal solution is to trailer the vehicle back to Britain.  Internet expat forums are filled by dubiously imaginative solutions to this problem but the most common course of action remains a long drive home.

For Martin and I this year’s MOT Gumball was a reciprocal event.  His car was freshly MOTd and in the UK, mine was in Italy with its ticket fast approaching expiry.  We would be doing each other a favour and free from the metaphorical treacle of encumbering children and delightful though complicating spouses the task was a simple one – drive to Umbria as quickly and cheaply as possible, turn around, drive back to Leicester and Newcastle in similar fashion.

Despite the unexpected ritual suicide of three jars of Pataks whilst loading, after a quick dive into Tesco for replacements we were soon in the outside lane and up to speed.  In Martin’s left hand drive Espace, ‘Daphne’, the sat nav was doing her best to keep us right, and had laid in a course for the Alps, the Frèjus Tunnel and Italy.

Soon our thirst for miles was slaked by kilometres of rainy péage, the companionable reassurance of Radio 4 smothered beneath comic bursts of maniacal accordion music.  However, sustained by podcasts of the News Quiz and carefully selected jazz classics, at around 10 PM we were south of Reims.  Pulling off the road in Chaumont, both Martin and I eagerly tucked in to hearty repast of a shared bowl of peanuts, two beers and the winter Olympics on TV – Hotel L’Etoile D’Or really knew how to put on a welcome.

Leaving before dawn, ‘Daphne’s’ clipped consonants urged us ever southwards, and it was only when Nice began to feature with increasing frequency we noticed our Fréjus and hers were not coincident.  A sharp left turn, an extra hour, and amidst the sodium-lit subterranean gloom of the tunnel a diminutive Euro-starred flag nodded us into Piedmont.
Emerging into brilliant Alpine light, a morning of exquisite caffeine-denial was finally consummated at the counter of the first Autogrill  – queuing, paying, then ordering, due cappuccini e due panini, and that was just ‘Martino’ as he thenceforth preferred to be addressed…

Leaving the autostrada at Cesena, through darkness familiar potholes in the E45 maintained our alertness along the Upper Tiber Valley into Umbria.  As fatigue gnawed hard at our competency (which way around the roundabout?) familiar waymarks saw us through – the dormant emergency mobile kitchen – Italians have their priorities, the everlasting haystack, the empty church of Santa Maria, and atop a final precipitous stretch of strada bianca, with two flat tyres, la macchina vecchia, my venerable Subaru estate parked where I’d left it in October.

By the headlights of the Espace I rummaged for a miniature Leaning Tower of Pisa keyring, turned the ignition, and the engine thrummed into life.  Okay, so the clutch was stuck, there was an issue of pneumatic incontinence and mice had eaten both the still-valid MOT and logbook, but otherwise tutto bene.

After a morning checking over the car, a considered circuit of the local supermercato, and an evening in Umbertide appreciating wine and cuisine offered by a former mortuary, with the steering wheel on the right side the morning saw Martino and I heading north once more.

Blue skies and sharp snow-covered peaks larger by the kilometre preluded ritual last orders of cappuccini and panini before 13km of the Fréjus expectorated us into the damp grey gloom of France.  Narrowly avoiding the parsimony of another Swiss motorway vignette adding to my already brightly coloured windscreen collection, we pushed on as far as Châlons-en-Champagne.  A beer amidst the oil-rig chic of nearby La Taverne led to a second in only marginally improved ambience followed by a disorientation tour of the centre-ville.  Smuggling a fragrant bag of frites back into our hotel we surveyed the ‘deux lits monsieur’ but one coverlet.  Sleep was fitful, perhaps I was simply unused to being in close proximity to such hairy eyebrows.  Anyhow, at some point before six AM I turned over, bleary eyes finally focussing on a recumbent, fully clothed and hatted Martino.  What was his problem?

On the road again, a ten o’clock ferry taunted us as Belgium-plated saloons zipped past in fast and furious formation, and as Dunkirk grew closer we merged into the ubiquitous traffic of retreating Brits… the rest is history.

The RAC (www.rac.co.uk) via its website, provides a free European route planning service for those who prefer to eschew the siren call of ‘Daphne’ and her ilk.

Norfolk Line (www.norfolkline.com) regularly offer the best value one way ferry crossings Dover to Dunkirk and vice versa.  Prices start from £17 for a car and four passengers.  Those in the north may want to consider DFDS (www.dfdsseaways.co.uk) overnight sailings from Newcastle to Amsterdam.

French budget hotels close to main arterial routes include http://www.etaphotel.com, www.campanille.com and www.formule1.com Booking is recommended during peak times.  Advance rates from £24 per room per night.

Railsavers (www.railsavers.com 0845 293 2715) has the solution for those who can travel June to September and prefer to let the train take the strain.  Autoslaap motorail trains run from Den Bosch on the Dutch Belgium border, within easy striking distance of Channel ports, to Livorno and Alessandria.  The cost of taking the car on the train is higher than self-driving but when fuel, accommodation, and fatigue are all factored in there’s a strong case to be made.  Early season prices start from £199 per car and from £74 per couchette.

My Gaff in Italy www.cadiricco.moonfruit.com